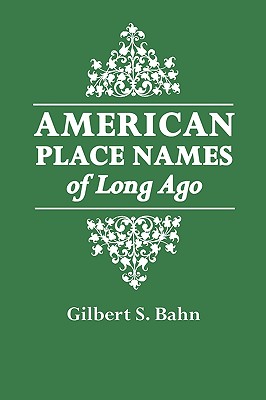 George Cram's Unrivaled Atlas of the World contains an index of over 100,000 place names of "every county, city, town, village, and post-office in the United States [showing] the population of the same according to the Census of 1890." This index is of critical importance to the genealogist, for most genealogical research takes place on the county level, and in Cram's index all 100,000 places--large and small--are tied to a specific county. Furthermore, when you consider how many nineteenth-century place names have changed or disappeared in the intervening years, and that 45 percent of the places listed in this index were too small or obscure to have their population counts listed by the census taker, the importance of such a work is self-evident. Indeed, there may be no official record of many of these places, and Cram's index may be the only tool to guide you from an obscure location to the correct county courthouse. Cram had the benefit of working with the 1890 census before it was destroyed. According to Gilbert Bahn, census enumerators listed all place names on their tabulation sheets, even when the population counts were too small to warrant recording. Thus, Cram was able to compile an extremely detailed list of place names--and an accurate list, at that, because the names were recorded by local enumerators and automatically tied in to their respective counties! It is fair to say that the compilation of such a list would have been impossible without the 1890 census. The original index as published in the 1898 edition of Cram's Unrivaled Atlas occupied 106 pages, each with six columns. For purposes of this reprint edition, the six columns have been rearranged into three; otherwise there has been no change to the original text. Each entry, in alphabetical order within states, gives the place name, the county in which the place is located, and the population of the place at the time of the census. State capitals and large cities are in caps, county seats are in boldface, post offices are in roman type, and places that are not post offices are rendered in italics. Places that were too small for a population count are indicated by an X. This index is an unexpectedly rich source of information, and thanks to Dr. Bahn we are now able to place it before an appreciative audience. 347 pages.

A Catalogue Of The Names Of The First Puritan Settlers Of The Colony Of Connecticut; With The Time of Their Arrival In The Colony, And Their Standing In Society, Together With Their Place Of Residence, As Far As Can Be Discovered By The Records.

Bolton Soldiers and Sailors in the American Revolution 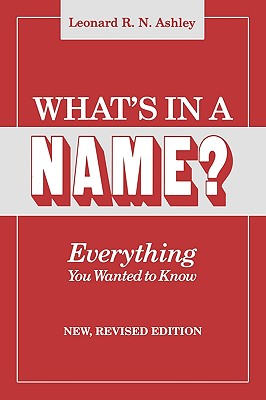 What's in a Name? Everything You Wanted to Know

Into the Gray Vale: Registers of the Georgia Confederate Soldiers' Home Atlanta, Georgia 1901-1941

Germanic Genealogy: A Guide to Worldwide Sources and Migration Patterns