“We are a wordy bunch, always have been, and for almost two centuries, outsiders, intrigued by all the commotion down here in the Southwest, have come to inspect, dissect, cuss and praise. . . . Texas is a heroic story, the stuff of dreams and myths. Born of an impossible revolution, settled by peoples from somewhere else, Texas engendered the epic American notion of freedom and independence, of self-sufficiency and derring-do. Texas, above all else, has been a spiritual adventure—and the whole grand chronicle is there on library shelves, in newspaper clippings, old letters, written memories. There’s little about Texas that hasn’t already been said or written, and Texas Siftings is a kind of social catalog to much of it.” So wrote Jerry Flemmons in the introduction to the first volume of Texas Siftings, which has been read and treasured by Texans, expatriate Texans, and would-be Texans from coast to coast. Now he's back with More Texas Siftings, an equally engaging and engrossing collection of stories both humorous and dramatic, letters, recipes, snippets of Texas language, outrageous praise and angry condemnation for the Lone Star State and its inhabitants. 187 pages.

The Abell Family Of St. Mary's County, Maryland And The American Revolution

More Than a Game 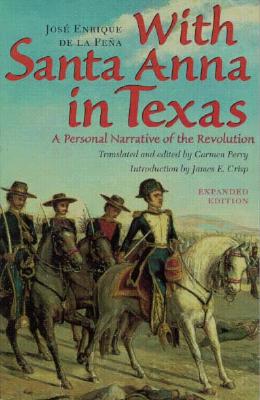 With Santa Anna in Texas: A Personal Narrative of the Revolution

New Orleans and the Texas Revolution